Water:  Except in Cuenca, not safe to drink.

Tipping:   Not customary but appreciated. 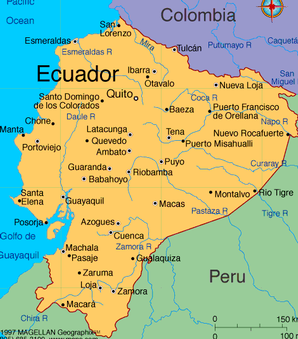 The Republic of the Equator

I like Ecuador. Especially the weather. Nice and cool in the mornings and comfortable during the day.  There is no need for air conditioning. And it is so inexpensive.

Quito was my first destination.  Like most tourists, I planned to experience the must see attractions but first decision was where to have lunch. I settled at an outdoor cafe and had Ecuadorian style steak  Seemed safe enough.  Not long thereafter though my stomach was grumbling with a fury - to think that I was careful not to drink the water. Unfortunately, I did not pay attention to the fresh salad that came with the steak. Wisdom gained, now off to the pharmacy. Not speaking Spanish (don’t underestimate sign language), I somehow managed to convey what I needed and was quite impressed with the assistance I received.  Fully recovered, I proceeded to explore Quito, joined some out of town trips and continued to nonchalantly try out local cuisine, mostly seafood. There were also an abundance of fresh fruits and vegetables, some I have not seen before.  Truly a paradise for healthy living.

After a week in Quito, I flew to Cuenca. More tours, trips and explorations. Water is safe to drink in Cuenca and you can trust me on this. I walked around a lot and quickly realized that one has to be fleet of feet when crossing - these drivers don’t seem to care if they run you over. Two days before my scheduled departure, there was a volcano eruption near Guayaquil and the airports were closed. Now comes the hoping and praying and voila, I’m off, all the wiser than before.

I have unfinished business in Ecuador - Galapagos is on top of my bucket list and hope to be back swimming with the turtles. Some day …. 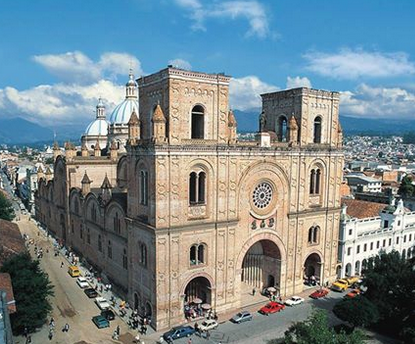 Exploring Galapagos Islands on the Cheap