Before I went on my first "go with the flow style of travel which started in Costa Rica, I read up on blogs, tips and articles about other people's experiences. I planned to stay a month in the country.so I gathered ideas from what those who've gone before me are saying. In retrospect, I failed to take into consideration that I am a boomer, among other things, a female solo traveler on a budget and how I experience the pursuit of the same activities will ofttimes differ from a male solo traveler, those traveling as a couple or with a friend or family even though the sights and things to do are invariably similar.

I've heard nothing but superlatives whenever I come across articles or blogs about Costa Rica.  It was so hyped up and it is a very popular expat destination as well. Such high expectations lead to a disappointing actuality for me.  Perhaps I couldn’t see the forest for the trees.

I arrived in San Jose, the capital of Costa Rica, on a holiday weekend (New Year's) and except for McDonald's, Subway and a handful of eateries, everything was closed.  The streets were practically empty except for a few homeless people on the sidewalk. The city started to come to life the day after and was in full swing by Sunday. 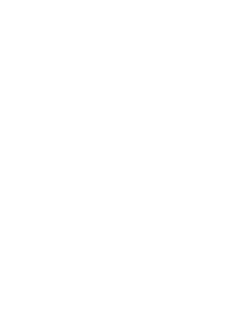 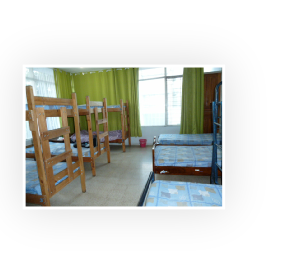 My very first dorm. Fortunately, I was the only occupant during my entire stay. There are smaller dorms with fewer beds but from then on, I opted for a single room with private bath. There goes the budget but what price privacy.

From San Jose, I took a shared van to Monteverde.  A third of the way was driving on dirt roads. My hostel was located at the top of a very steep hill and it was a 15-minute walk to the town center. Except for some trails "nearby" there really was nothing much for me to do unless I sign up for tours.  I don't drive and there is no way I will go hiking by myself. Activities like checking out the much heralded Cloud Forest, walking through the tree canopy or zip lining would mean joining organized tours and I am already way over budget. Besides I have already done zip lining in Ecuador. I initially decided not to go to the Cloud Forest but the hostel owner told me that it is what everybody comes to see in Monteverde so I joined a tour - to my regret. What did I expect anyway?  It is called Cloud Forest because it is high up in the mountains which are covered with clouds. It was drizzling/raining as we trudged through the muddy paths.  Our guide pointed out the flora and fauna endemic to the area along the way - I assume this is part of what is referred to as ecosystem whenever people talk about Costa Rica.  Monteverde is highly overrated. I stayed for 2 nights and decided to move on.

I took another shared van to La Fortuna, also referred to as Arenal after the volcano.  My hostel was a 5-minute walk from the town center.  At least here, the streets are paved and not so hilly.  I joined tours to the “top” of the volcano and a coffee plantation. There are also some natural hot springs in the area so I signed up for yet another tour to take advantage of it.

Time to move on again.  Ah, the life of a nomad. I had to make a decision.  Go to Manuel Antonio on the Pacific Coast first, then go across to Limon and Puerto Viejo on the Caribbean side. The Pacific side seem to have really good beaches but after checking the availability and prices for accommodations, I decided to skip it altogether and headed to the Caribbean side. Limon, a port of call for cruise ships, would have been my next destination but the hostel owner warned me that it is a dangerous place and strongly advised me not to go. He said that cruise ship passengers usually go with guided tours which provide an umbrella of safety.

The main roads in Puerto Viejo are paved but the side roads like the one leading to my hostel are once again dirt roads. See photo on the right. The hostel itself is really nice, only a year old and owned by a Norwegian woman. My room faces the swimming pool and was the best accommodation I’ve had so far. It was a 15-minute walk to the main road and another 30 minutes to the town center. I got lost and went in the opposite direction under the blazing sun and with nary a soul in sight along the way I couldn’t ask for directions. After 20 minutes or so, finally, there was a bicyclist at the side of the road and through a smattering of Spanish and hand gestures found out I was going the wrong way.  He offered to have me hitch a ride on his bicycle. That was sweet of him but I took one look at his bicycle, thanked him and went on my merry way. At last, I was in town. It is small, not too many people around, but where are the fresh fruits? I walked around and came across some fruits and vegetables in a small store (see photo below), bought some empanadas to take with me, and yes, I took a cab back. I didn't venture out that way again  I joined a tour to an Indian reservation and checked out the Jaguar Conservation Center. Misleading name as there are no jaguars, but I really liked the place. It is run by volunteers who take care of and rehabilitate animals.  At least here, one can see the animals up close.  And there is a pelican waddling through the lines of visitors who thinks he is the king of the road. Quite adorable

It was unfortunate that I didn’t get to see the endangered green turtles laying their eggs. I would have loved that experience but it was not in season.  I also skipped the Pacific side where most expats probably are and would therefore be tourist friendly and have more conveniences.

I decided to go back to San Jose where I stayed a couple of days and took the overnight bus to Panama City. Altogether I ended up staying 2 weeks in Costa Rica, not the month I originally planned.

The entire trip was eye opening.  It made me come to a realization, but that is another story. 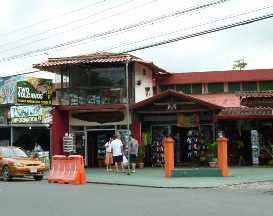 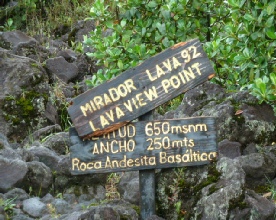 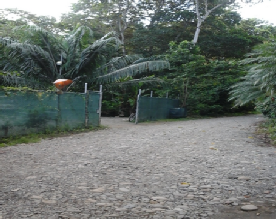 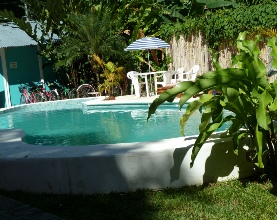 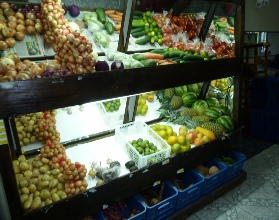 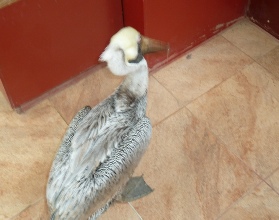 Don’t Cry for Me Costa Rica