Internet: 69% slower than in U.S. WiFi coverage is moderate. Relatively easy to find one when needed.

Water:  Not safe to drink

It’s A Jungle Out There!

My romanticized idea of the legend of the fearless Amazon women served as an impetus to my Amazon jungle adventure. We started in Iquitos, Peru where we got on a canoe and meandered down the river to our lodge which as the pictures show is really rustic with a make-shift shower at the back and a separate structure for the latrine. There was no electricity so imagine going to the latrine at night with a small flashlight. The lodge had undergone a major facelift since then but a latrine is still a latrine.

We would gather around in the evening to chit chat. Clearly there were none of the legendary Amazon women but it was home to the Amazon mosquitoes. They were biting through my pajama.

What was really delightful were a group of resident macaws who were perched by our lodge. I would feed them everyday. It’s quite interesting that each one had a different personality. There were also flocks of parakeets and other birds twitting melodious sounds as they were flying by. Truly a bird lover’s paradise.

During the day, we would go on hikes in the jungle looking for birds, sloths and other jungle denizens. There were lots of plants which had medicinal properties and tree roots which are chock full of water. There were also lots of llanas around. If you are wondering what llanas are, they are those vines that “Tarzan” used to swing from tree to tree.

We walked through the jungle wearing boots as we had to wade through marshes and muddy ground which had leeches. There were no alligators around even then. We also visited an island where the Indians lived. We brought lighter, pencils and other items and did some bartering.

At night we went on canoe rides looking for nocturnal creatures.  We had to rely on natural lighting and we had to be very quiet so as not to scare away the animals. Our guide truly had eagle eyes as he would point out a tarantula high up on a tree. We also saw a cayman but that was the only one we encountered.

This was truly an off the beaten path type of adventure although accommodations are much more comfortable now.  I suppose modernization is the natural order and I think that most of these nature sites are not what it used to be. I’m glad I went when I did, chigger bites and all.

Much has been written about Ayahuasca, a psychoactive brew used by the shamans in rituals. Many experience spiritual revelations regarding their purpose on Earth, the true nature of the universe as well as deep insight into how to be the best person they possibly can be.

And so it was that I spent a week in Peru in search of my own spiritual awakening. Purging, in the form of nausea and diarrhea, is an essential part of the experience, as it represents the release of negative energy and emotions built up over the course of one's life.

Twenty-five of us, from different walks of life, were transported to the shamanic center deep in the Amazon. We stayed in what I would describe as rustic accommodations.  Most of us resided in the main structure where we had our meals in the dining area and slept in a row of beds with mosquito nets in the back. There were dietary guidelines so the food was quite bland.  The ceremonies are performed at night which gave us an ample amount of time during the day to just laze around or take a nap.  We started the week with a walk in the jungle led by the shaman who pointed out some ayahuasca vines and other medicinal plants. We took turns in the preparation of the brew which was not an easy task.  It took hours to prepare the drink and while waiting we took turns consulting with the shaman. On another occasion, we checked out the local markets - some of the concoctions for sale were for lack of a better term exotic.  Most of the time though we played cards.

Except for 2 of us,everyone experienced the psychedelic effects of the brew. We had none of the mind blowing hallucinations. However, i can attest to the nausea, vomiting and diarrhea. We had 3 ceremonies spaced every other day.  The taste was quite horrible (I don’t know how else to describe it) and I had difficulty ingesting the brew. I would gag every time I tried to drink it and for some reason the shaman always give me a full cup. Just the thought of the taste creates havoc in my stomach and stops me dead on the tracks of trying it again. There must be another way to this path of self-discovery.

If At First You Don’t Succeed …

Since Ayahuasca didn’t seem to have any effect on me aside from the purging, I decided to try Huachuma. Huachuma is a columnar cactus used as a means for esoteric healing in neo-shamanic rituals. It is used by Andean shamans for guidance, spiritual communion, trance and ecstatic soul flight to access other realms in the world of spirits.

Properly prepared Huachuma medicine is dark brown in color, similar to coca cola. Like ayahuasca, I couldn’t get used to the taste and had great difficulty drinking the concoction. It made me pensive but I didn’t get the experience I was hoping for - the elusive spiritual fireworks. However, I had a weird experience after visiting the witch doctors ceremonial mesa and again later in Lima, my last day in Peru.

I was in Lima for only a day and I wish I had stayed longer but this was a sort of gateway to my trip to Northern Peru.  I found Lima to be a modern, bustling city. We found a good restaurant that was able to accommodate our group but it seems that everybody was eating out. 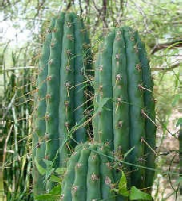 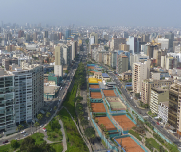 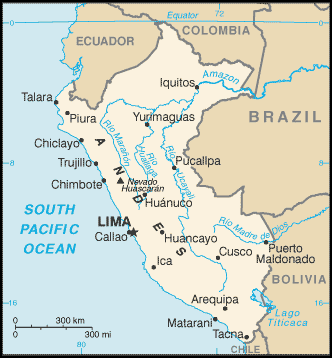 Unlike most of my other destinations, my trips to Peru have largely been experiential in purpose.

The first time was a visit to the Amazon Jungle, more an off the beaten path type of trip. Upon arriving in Iquitos, we were herded off in canoes and floated down the river to our lodge. These days, it probably is not as rustic as it had been when I went years ago

The second time I signed up to take part in a shamanic journey  This time we were driven through a dirt road through a forest to go deeper into the jungle where the facilities are located.

The third time was similar in nature to the Ayahuasca trip; also involves a shaman, but used a different medium. This trip took me to the northern part of Peru. We drove up to the different mesas where we partook of the huachuma, a concoction made from a type of cactus but tasted just as awful as the ayahuasca.

A word of caution about Iquitos.  Be careful with your belongings especially when eating out at a restaurant.  Don’t leave anything unattached as it is easy for thieves to just grab and run.  One of the participants in our group got his camera stolen. 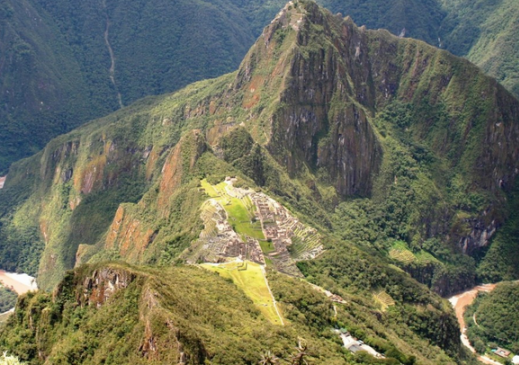 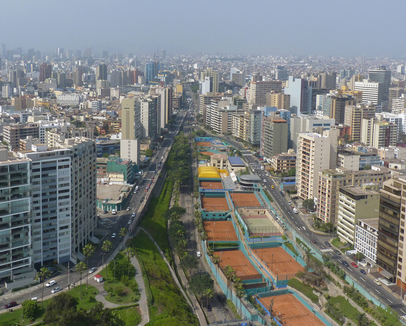