Here I am finally on my way to the Exit.  First course of action is to get local currency. There is an Exchange booth just before the Exit but their exchange rate is awful.  I was quoted COP 2600 to $1 but last I checked it was COP 3300. To top it off they are charging a commission. Out of the question, so I exited. There was a Bank booth to the right just outside the door but there was a long line. What to do? I looked for the  taxi dispatcher to make sure I am getting on a sanctioned cab and was quoted COP 28,000 ($8) to go to the downtown center. Having no local currency, I asked if I could pay in dollars and ended up giving the taxi driver $10. There are lots of bank ATMs in the La Candelaria area where my hostel is situated.

La Candelaria is a good location as it is walking distance to a number of sights and eateries.  There is stepped up police presence, some with dogs.  Even so, I never felt it was “dangerous.” A large area is closed to traffic and almost always crowded. There is a bike lane as well. Bikes are quite popular in Bogota. However, I generally don’t go out walking at night and don’t know what it’s like when it gets dark.

Except for the Salt Cathedral where I had a private tour guide, I did the sightseeing on my own. Most of the sights and museums are within walking distance from my hostel.

Communication was a problem as not too many people speak English. A number of times, people would just ignore me because they didn’t understand what I was saying.  I also found that the younger crowd spoke English more so than the older generation.

After a few days at La Candelaria, I decided to check out the Chapinero area and moved to another hostel. This is another good location and the hostel I stayed in, La Nina, was even better. This is what could be referred to as “college town” as there are schools in the vicinity. Chapinero generally attracts a younger crowd.

My trip to Colombia was a last minute decision and as it turned out, a good one.  I stayed for a month. 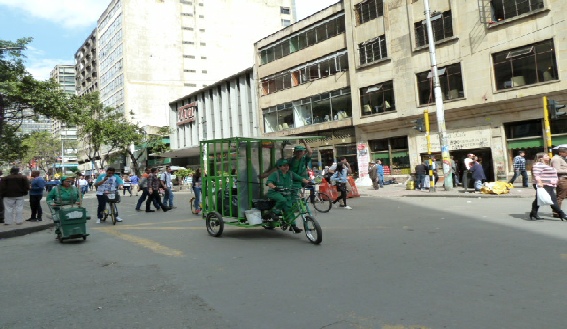 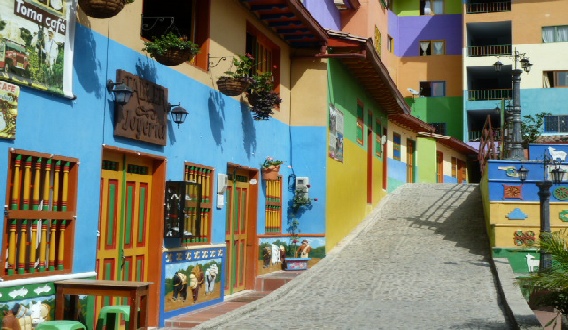 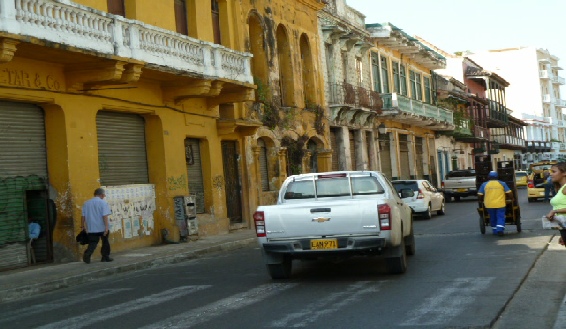 The Truth of the Matter

Feel the fear but do it anyway.  So I did - I decided to go to Colombia from Panama.  I was fraught with apprehension while I was planning the trip. Colombia and drug cartels seem to go hand in hand. Through the years that is all I have been hearing about. In addition, Colombia has a Travel Alert warning in the State Department website. But after coming across some blogs that seem to dispel my preconceived notion, I decided to take a chance. Even then, my preparation was more on the defensive, i.e., what should I be looking out for, what should I avoid, etc.?  Until finally, the day of reckoning arrived. Spoiler Alert: there is nothing to be afraid of. Colombia has come a long way and turned out to be my favorite over Costa Rica and Panama. I ended up staying a month. 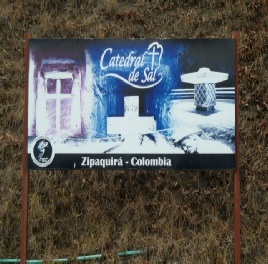 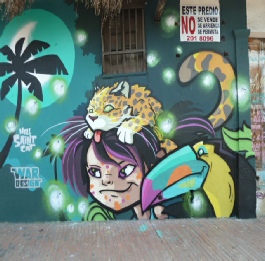 Mural Across my Hostel

There is something about Cartagena, and I don’t know what it is, but even on the way from the airport to my hostel, I simply felt a good sense of well-being. Since it is located by the water and I am not a fan of sun and surf, it wasn’t high on my list. I was wrong. Cartagena is a delightful city and actually my favorite over Bogota and Medellin. My hostel is a short walk to the old town in the Walled City and the area abounds with vendors selling fresh fruits and other stuff. There is a plaza nearby where there are fresh fruit juice stands and one can sip away while watching the world go by.  And I did so every afternoon with the breeze blowing on my face. Those who prefer the beach would probably opt to stay at the Bocagrande area. Cartagena has something for everybody.

However, I am a coffee lover too and with Colombia being known for its coffee, one would think that there would be coffee houses all over, but such is not the case.  I found 2 coffee shops on the second floor of a small shopping mall and that became my go to for my coffee fix.

I took a free walking tour of the old city and a city tour which took us around the must see sights. The Totumo Volcano Mud Bath (pictured below) is a separate trip as it is about an hour drive from the city.The mud is rich in minerals and help rejuvenate the skin. There is an option to receive a personal massage from one of the attendants which I took advantage of.

And then there’s Medellin

It was an hour drive from the airport to my hostel and I was quite apprehensive even though I knew beforehand what the ride would be like.  I actually watched a youtube video of the entire trip. Can’t be too careful.  The lingering predisposed fear is hard to overcome.  I actually had a really nice driver who told me to relax and put my backpack down.  LOL  I had it on my lap.

I was expecting Medellin to be cooler than Bogota because it has a higher elevation but such was not the case.  I actually sweat more especially when walking in the sun. My hostel is located on a main street and is walking distance to the metro. I joined a city tour where I learned a lot about Medellin and how and what the government did to solve the problems brought about by drugs.  Quite admirable what they were able to do in 10 years. There were lots of plazas with monuments, plazas which used to be infested with drug addicts and homeless people.  Another government project was the cable car which provided convenient transportation and made it easier for those who live in the hills to find a job and work in the city. 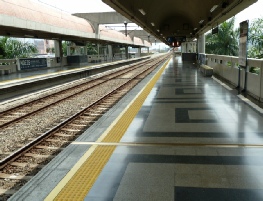 I was quite impressed with the Medellin Metro.  The people were very proud of it and it shows. Notice how clean and shiny the platform floor is. 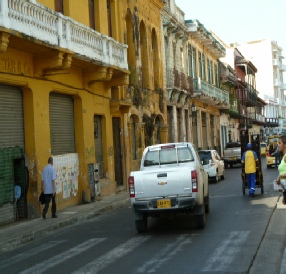 Street where my hostel is located. Very convenient and walking distance to the Walled City. 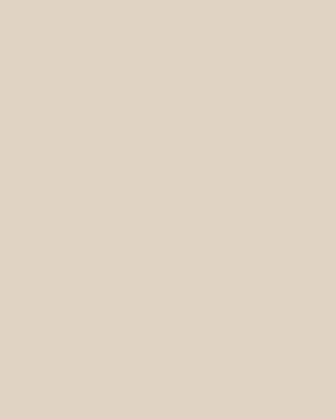 People pay for the privilege of climbing up those stairs. The guide said it would take 20 minutes. Believe me it took them longer than that. I took the easy way out and opted for a cappuccino in one of the coffee shops overlooking the same views but at a lower elevation. 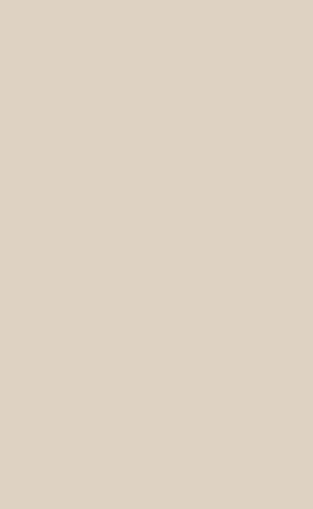 No, I wasn’t on my own. There was an instructor with 20 years experience steering behind me. I had to hold on for dear life so I wasn’t able to take a selfie. Another one of those feel the fear but do it anyway. It was so affordable (merely $25), I couldn’t pass up the opportunity. And it’s actually run, run and away as we had to run downhill until we’re airborne. Just like that. It was an exhilarating experience and would definitely do it again. 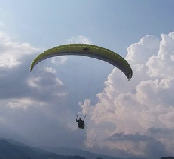 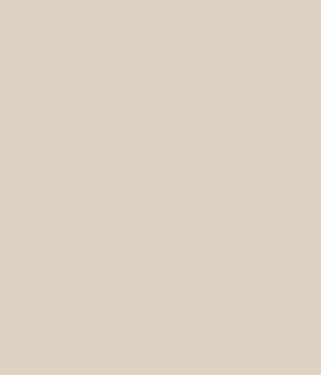 This is the same mud bath featured in a recent Amazing Race episode, except they probably had to close it down during the filming. The mud is very buoyant which makes it easy to float but difficult to stand up. I finally figured out the secret to staying upright and wallowed in mud for 10 minutes. 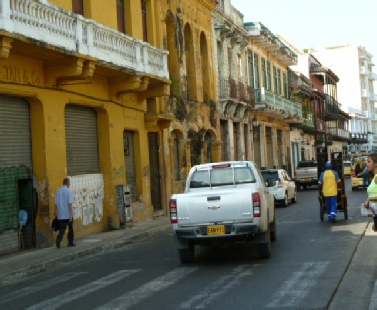 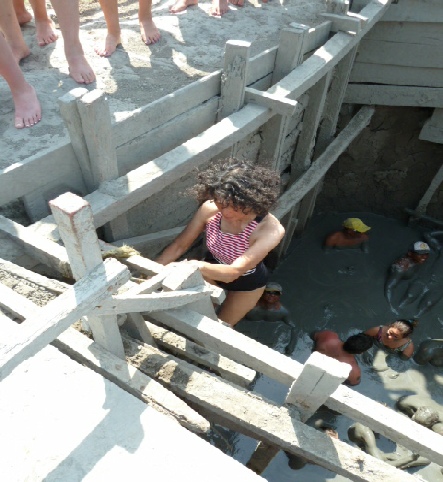 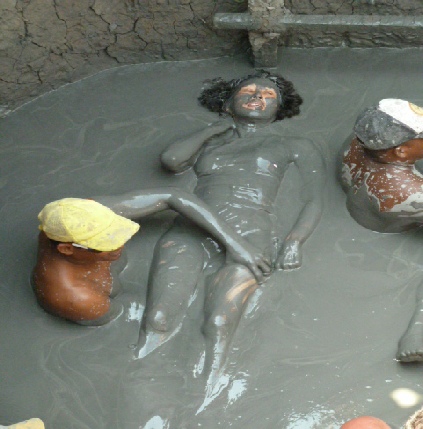 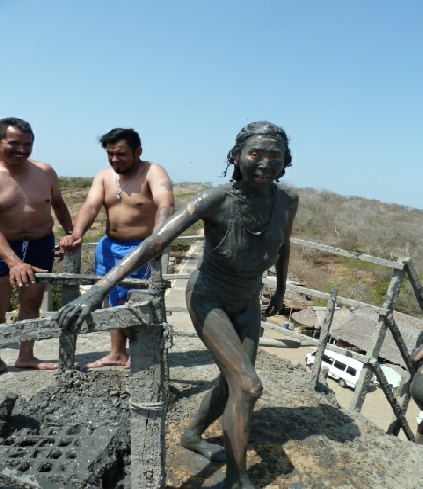